Everyone has bad days. Having a bad day means different things to each person because everyone has a different perspective on what is bad. For example, a lot of people would see getting laid off from a job as a bad thing but other people recognize it as an opportunity to broaden their professional horizons. The root of what makes each person an optimist or a pessimist in any given situation actually starts in the brain, specifically the neurophysiological activity between the two hemispheres of our brain. Harvard Medical School published an article in 2008 that claims, “Optimism helps people cope with disease and recover from surgery. Even more impressive is the impact of a positive outlook on overall health and longevity. Research tells us that an optimistic outlook early in life can predict better health and a lower rate of death during follow-up periods of 15 to 40 years.” These incredible statistics may lead you to believe that being an optimist is the best way to live a long, healthy, happy life. However, pessimism can help you as well. Our brains are neurologically wired to have a healthy balance of both pessimism and optimism in order to keep us alive. Think of it this way, someone who was fully an optimist would have no problem walking up to a hungry lion and trying to pet it because they would only consider the positive outcomes. A pessimist thinks through what could negatively impact them and learns to avoid it. A “defensive pessimist” is a term used to describe someone who can imagine the negative outcomes of a situation and avoids them for their own betterment. Some research suggests that these defensive pessimists are able to curate performance, confidence, and health benefits that are tailored perfectly to their worldview because they, unlike the optimist, work very hard at their happiness instead of just being happy with what they have.

However, everything in life is about balance. Just as being too optimistic could get you eaten by a lion, being too pessimistic could make you miss out on good experiences in life. In a study published in 2004, researchers reported findings that “pessimists had the highest depression, lowest functional status, and frequent reports of hospitalization.” These are interesting findings because both optimists and pessimists can suffer from depression, but pessimists suffer more frequently. Depression is just as unique to each person as having a bad day can be because we all interact with our perception of sadness differently. Harvard Medical School asserts: “It’s often said that depression results from a chemical imbalance, but that figure of speech doesn’t capture how complex the disease is. Research suggests that depression doesn’t spring from simply having too much or too little of certain brain chemicals. Rather, there are many possible causes of depression, including faulty mood regulation by the brain, genetic vulnerability, stressful life events, medications, and medical problems. It’s believed that several of these forces interact to bring on depression.”

Only a professional psychiatrist can diagnose someone with clinical depression. A professional coach can ask you questions about the things impacting your life to help you determine if you need that kind of help. Some signs of depression could be:

Treatments for depression are also unique to each person, so you’ll want to spend quite a lot of time with the professionals in your life who are dedicated to helping you. The major difference between a day of sadness and depression is that sadness is ultimately temporary even if it is really difficult to cope with but depression is very often a lifelong battle. Living with depression can be very scary for some people, but there is quite a lot of professional and social support for those suffering. Depression, like pessimism, is just one way that a person’s brain can function. It doesn’t make you worse off than those without depression, it just means you see the world differently. Talking to a well trained professional coach can help you determine if you’re having a few bad days or if you are having a chronic problem that requires professional help. 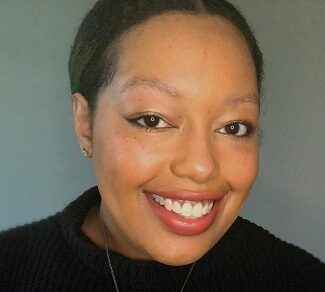 In 2008, at the age of seventeen, Lauren Preston self-published her first novel Dream through Outskirts Press. Since then she has published poems in literary magazines and worked diligently to hone her craft.

This site uses Akismet to reduce spam. Learn how your comment data is processed.